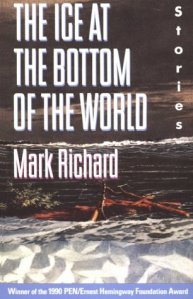 “Uncle trash rakes everything my brother and I owned into the pillowcases off our bed and says let that be a lesson to me. He is off through the front porch door, leaving us buck-naked at the table, his last words as he goes up the road, shoulder-slinging his loot, Don’t ya’ll burn the house down.”

John Paul Jaramillo’s debut story collection The House of Order was named a 2013 Int’l Latino Book Award Finalist, and his most recent work Little Mocos is now available from Twelve Winters Press. In 2013 Latino Boom: An Anthology of U.S. Latino Literature listed Jaramillo as one of its Top 10 New Latino Authors to Watch and Read. He is currently a professor of composition and literature at Lincoln Land College-Springfield, Illinois. View more posts