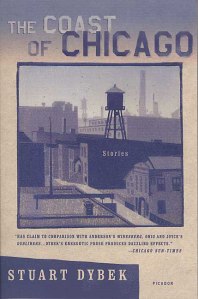 We’re discussing a few stories tomorrow from Stuart Dybek‘s collection The Coast of Chicago. I admire “The Woman Who Fainted” and “Pet Milk” (4:27) and I was happy to find this reading for my Lit 50 students. So important to hear the author’s voice.

I was lucky enough to hear him read years back at Oregon State. I remember he mentioned the stories began as failed poems. And a few years back a former student gifted me a nice hard bound version that was also signed.