After a long semester of teaching I found some time to indulge in studying the novella Pedro Paramo by Juan Rulfo. I’ve been an admirer of Rulfo’s career and this book reads as a tremendous progression from his short stories I was introduced to in his book The Burning Plain. What I found in this work is a complex, surreal story of a long abandoned town, Comala, and the stories from the ghosts of the townspeople. The book masterfully shifts from third person omniscient narration to first person narration. The book is filled with ghosts and spirit guides revealing their traumatic stories to the visiting narrator, Juan Preciado. We learn all about the dead city’s heritage from the ghosts of the past. In fact the sometimes narrator and his life aren’t very important to the story and this narrator only acts as a relayer–intermediary really–of spirits and voices from Comala. It’s been a few days and after much thinking and re-thinking on some of the motifs I think the book is simply about voices associated with place and a town dealing with generations of tragedy and grief–how objects and buildings can stand as totems for past traumatic events. How pain and suffering from the most horrible of moral offenses–murder, rape and incest–can stand at the center of entire town’s spiritual demise. The ghosts I found to be eccentric and odd yet always memorable. In fact, the book reminded me of Twin Peaks–David Lynch and Mark Frost’s masterpiece from the 1990’s. The narrator travels to Comala the way Agent Cooper travels to Twin Peaks to find answers about loss and death. From passage to passage I am wondering if the voices are real or  from a spirit world. 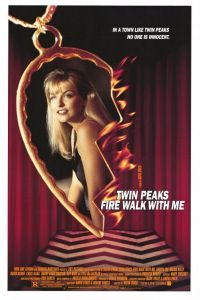 Recently I rewatched David Lynch’s Fire Walk with Me and I am finding so many similarities between Rulfo and Lynch. We have a small town holding onto psychic pain and suffering as well as intense secrets associated with the death of several young women. The film is filled with flawed and inept investigators who though despite being clever and observant cannot seem to crack the code to the murders as well as the spirit voices guiding them. The “lodge” mythology from the film and the television show are very different but the film has a cosmic and supernatural context I find so similar in the so-called magical realism work of Rulfo.