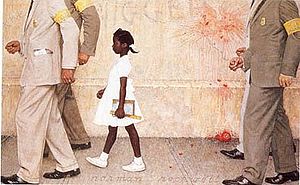 Episode 562 This American Life–The Problem We All Live With

I’ve lived and taught in the Midwest for ten years now and have yet to fully understand the place and the people. After the Michael Brown shooting and the Ferguson riots, I found this incredible episode of This American Life on Michael Brown’s school district–the worst district in the state of Missouri according to journalist Nikole Hannah-Jones. Makes me think more powerfully on the intersection of poverty, diversity and classrooms here in the Midwest.

PS: I would also recommend the documentary Spanish Lake I recently watched on Netflix on the topic of neighborhood integration in Missouri.