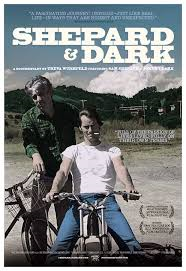 Fascinating documentary about Sam Shepard’s forty year letter writing correspondence with friend Johnny Dark. Shepard stands as one my favorite authors and I enjoyed the inside look into how Shepard works and operates as a playwright–travelling around with his dog and his typewriter.